Single surface contacts have dramatically eased the way we currently model the contact-impact treatment for complicated simulation models in LS-DYNA. One of the important considerations is the final thickness used by contact algorithms especially for shell elements. By default, LS-DYNA considers the minimum of thickness specified in the *SECTION_SHELL or from *ELEMENT_SHELL_THICKNESS and the 40% of the smallest shell element edge length. The default logic is based on historical reasons where large penalty contact forces where applied for non-physical shell element thickness specified in SECTION_SHELL keyword to account for mass/stiffness of the component. The default logic greatly helps in overcoming instability related to improper shell thickness definitions. However, the dependence on mesh edge length could lead to different shell contact thicknesses for a part with varying mesh densities as shown in figure below. The minimum of both thicknesses (SECTION_SHELL, 0.4*shell_edge_length) could lead to a smaller thickness that could allow increased clerances. For a part with mesh densities, it is possible to have a varying contact thickness across part surface which could lead to oscillatory contact response especially for sliding dominated contact interaction. 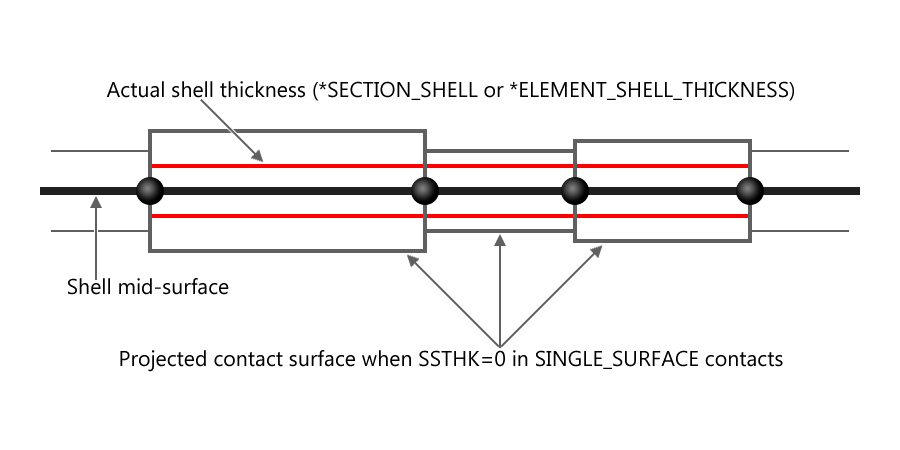 To override this, LS-DYNA allows the parameter SSTHK (Single Surface THicKness) in *CONTROL_CONTACT, which when set to 1 forces LS-DYNA to take the thickness value specified in the *SECTION_SHELL keyword or from *ELEMENT_SHELL_THICKNESS. ELEMENT_SHELL_THICKNESS values will override values used in *SECTION_SHELL keyword when SSTHK = 1. If OPTT parameter is non-zero in *PART_CONTACT, then OPTT will overeride values from both ELEMENT_SHELL_THICKNESS and SECTION_SHELL keywords. If care is not taken, SSTHK=1 could result in increased initial penetration and therefore requires a clean model when invoking this option. SSTHK=1 is usually accompanied by using IGNORE=1 to skip the geometry update step (to remove initial penetration) performed during initialization to preserve the original geometry. 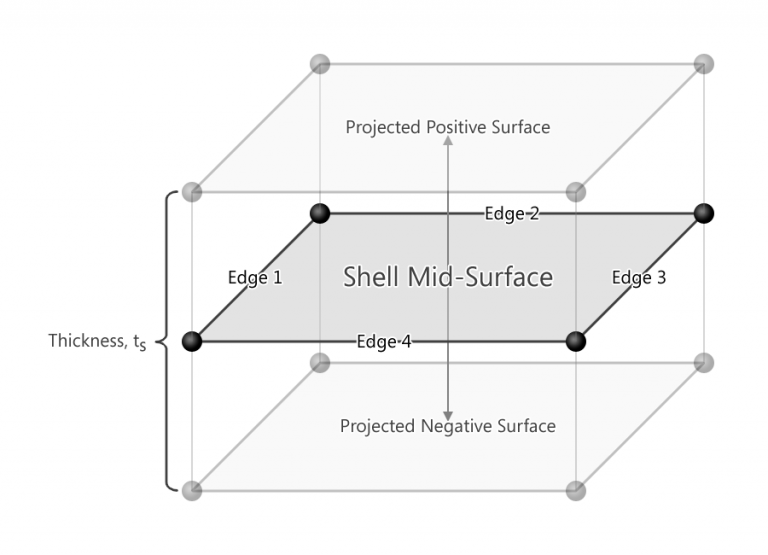 Note 1: SSTHK only applies for single surface contacts definitions.
Note 2: When SSTHK=1, the thickness specified in section shell keyword is scaled by SFST and SFMT to obtain the final contat thickness.